Metafrax Volunteers Have Joined Save the Forest Campaign 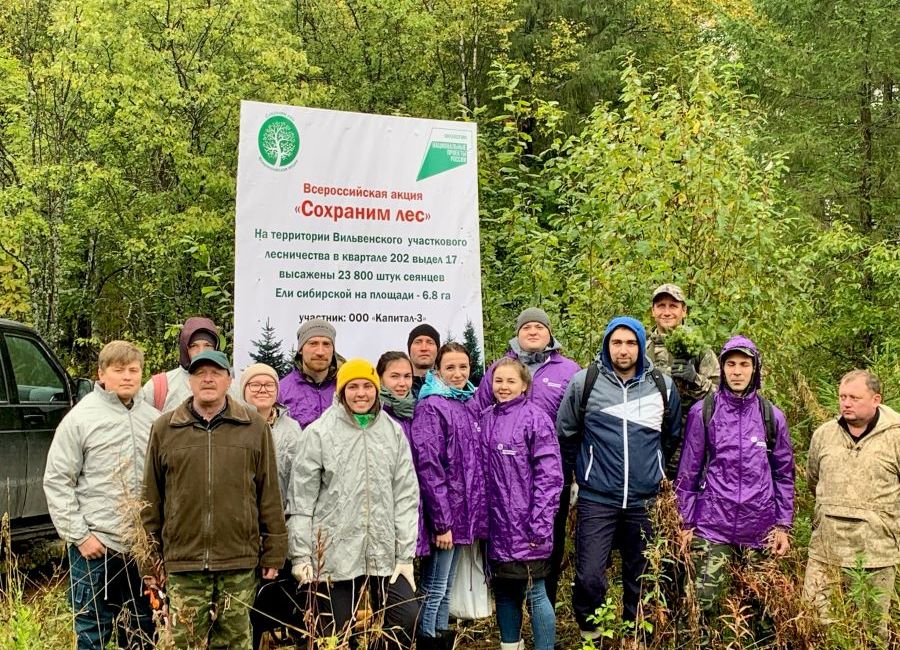 Activists of the Youth and Primary Trade Union Organization of Metafrax Chemicals participated in the Russian Ecological Campaign Save the Forest. On the 10th of September, the campaign participants had planted 23 800 pcs of spruce seedlings at the area of 6.8 ha (Gremyachinsk urban district) in one of the Chusovoi forestry quarters. The company provided transport for the travel. Employees of Kapital-3, LLC, and employees of the forestry also took part in the event.

As it was informed by the Chusovoi forestry specialists, before the event, a detailed briefing on how to properly plant a spruce seedling to grow a tree was conducted.

- After the instruction, the campaign participants received the tools and started to work. They showed enthusiasm and responsibility during the work, - said the employees of the forestry.

- The Metafrax Youth Organization took part in the Save the Forest Campaign for the first time. It’s so cool that we joined the initiative. This is not only a new experience for us. In the end, we put a part of ourselves and invested in saving and afterregeneration of the forest of Kizel Coal Basin, - noted Darya Shulepova, Chairwoman of the Metafrax Chemicals Youth Organization.

For the first time, the Russian Ecological Campaign Save the Forest was conducted in 2019. It is implemented as part of Ecology national project. Within two years, its participants have planted over 82 million of trees. During the autumn of this year, the organizers have set a record goal for Save the Forest campaign: to plant 70 million of trees more. The campaign organizers are the Ministry of Natural Resources and Ecology of the Russian Federation, Federal Agency for Forestry Affairs, Autonomous Nonprofit Organization Natsionalnye Prioritety, and Autonomous Nonprofit Organization Sad Pamyati.